I drew out 6 pages and thought wow. If this thing ever, EVER gets completed, it will be a very long time from now. So for a warm-up last night, I drew some facial expressions of potential character designs. 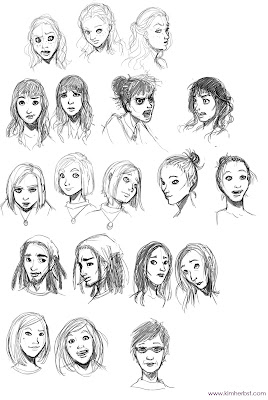 
Did a very fun t-shirt design-collaboration with student photographer, Von Clinton whose work can be seen here. 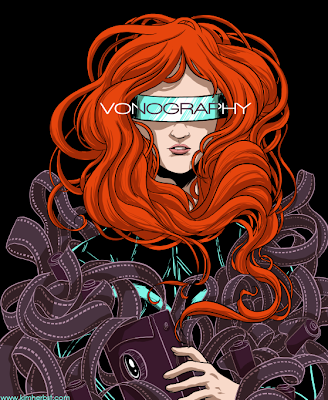 The rest of my time's being eaten up by working on a mobile game and some wedding commissions!


Here’s to those in Boston who immediately ran towards the smoke and danger, instead of running away, to help all those in need. 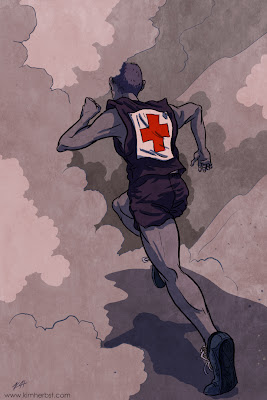 I am truly grateful my friends there are safe, and my thoughts are with the victims and their families
Posted by Kim Herbst at 11:50 PM 0 comments

Shadow of the Colossus


This was a doodle that went a bit further and became mostly an illustration.  I never actually played the game. I sat and watched my boyfriend play it while I was working on various other jobs and sketching.  So technically I played through but my boyfriend was my hands on the controls. Let me tell you, I felt so bad for the kid, Wander. Because the absolute SCALE of that game... makes the player so diminutive compared to these hulking silhouettes that fill up the entire landscape. 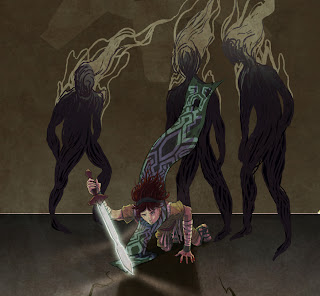 There's something about silent heroes in video games that makes them so incredibly compelling. They go forth and get the job done, to protect the world or a loved one. ...Even if there's an incredibly steep price to pay.
Posted by Kim Herbst at 3:21 PM 0 comments

I seem to be on a red/blue color-scheme-kick lately.  This is a quick "doodle" I did last night. 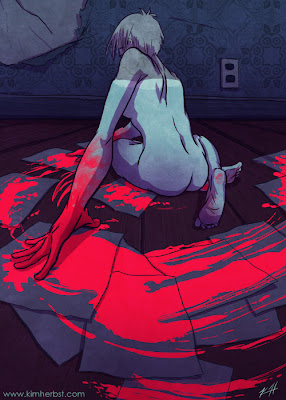 You ever find yourself putting your all into your work? Whether it be drawing, writing, dancing, whatever your fancy. You put so much of yourself in it, you realize you're sort of... losing everything else that's left of you because you're working so hard? ...You're hemorrhaging.

Got the shellac on there, all ready to be mailed off now. I went with subtle colors for this one. I really liked the idea of natural wood with someone riding a skateboard... 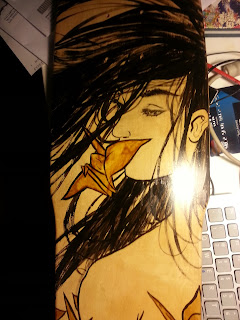 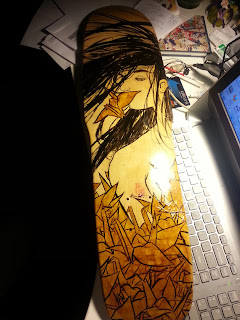 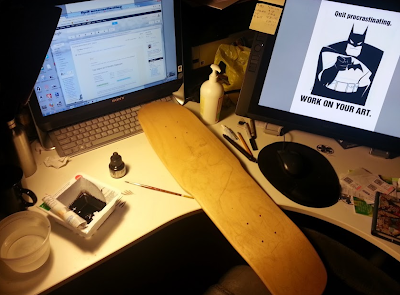 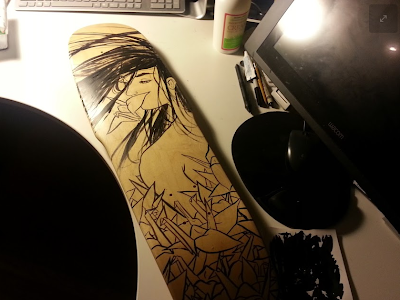 It's been awhile! Enjoy some in-progress shots of what I'm partially working on (the other stuff I'm currently working on isn't allowed to be shown. Boo.)

Stuff I'm doing for the Montana Skatepark Association. Every year they have a charity art auction called 'ON DECK' that has artists paint on blank skate decks to auction off and raise money. More info here.

Yeah, that paper crane obsession I have is still rampant. I tried to control it but it just came out again in full-form.
Posted by Kim Herbst at 9:56 PM 1 comments