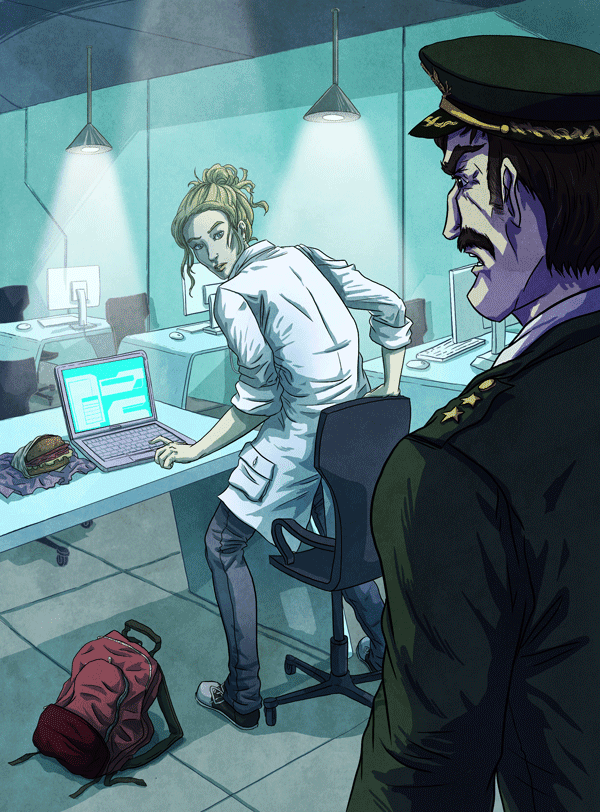 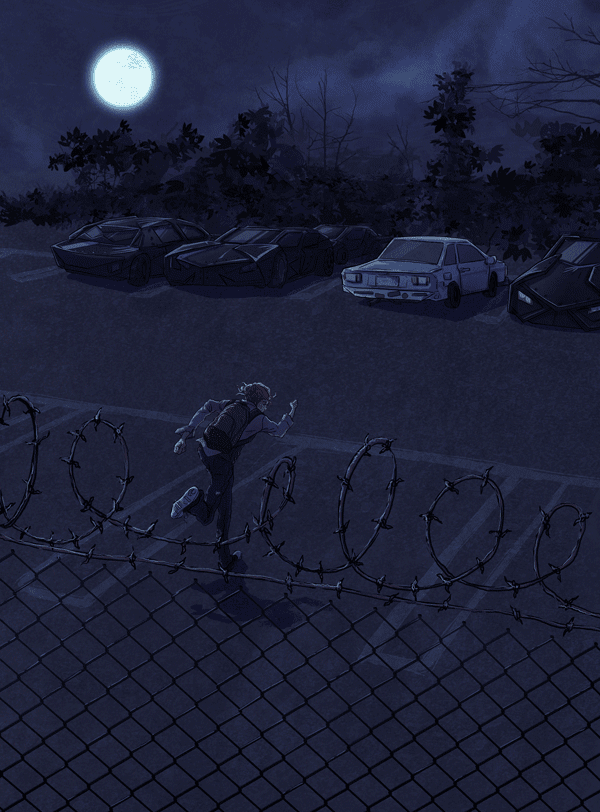 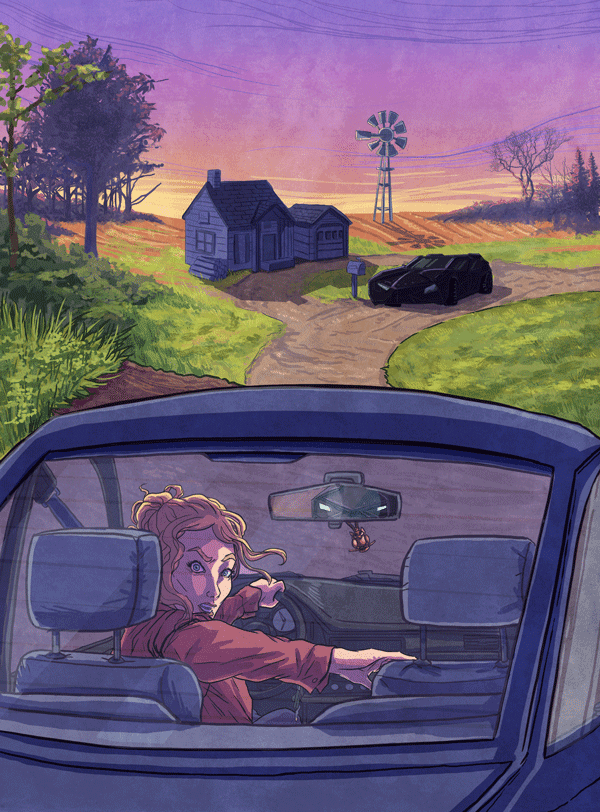 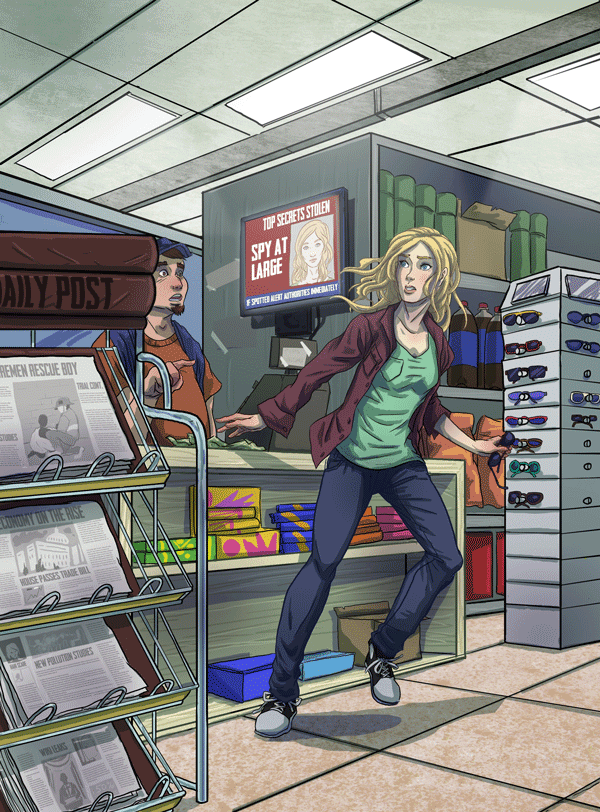 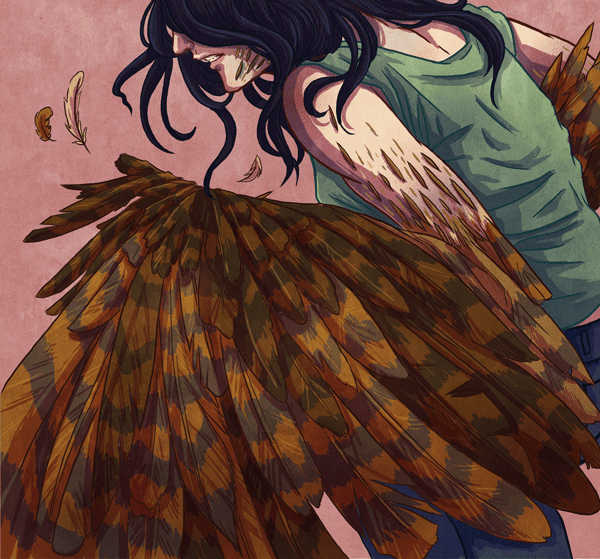 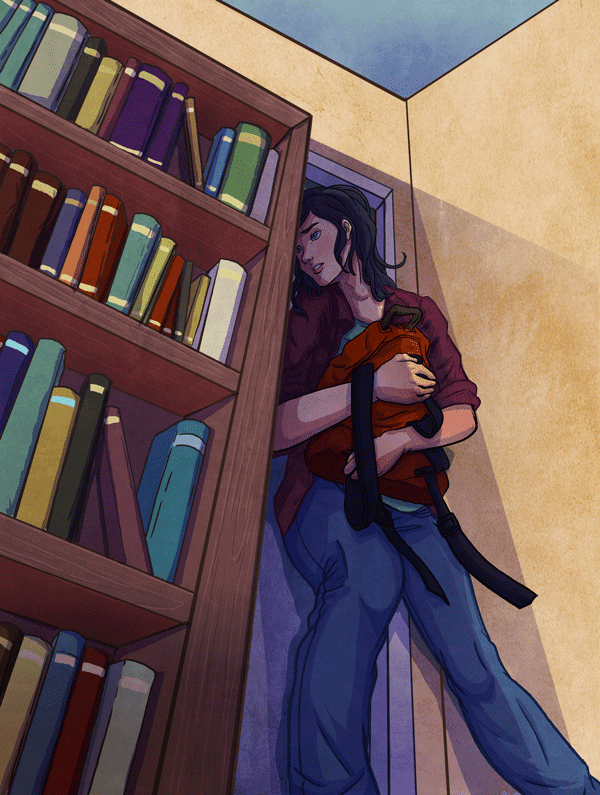 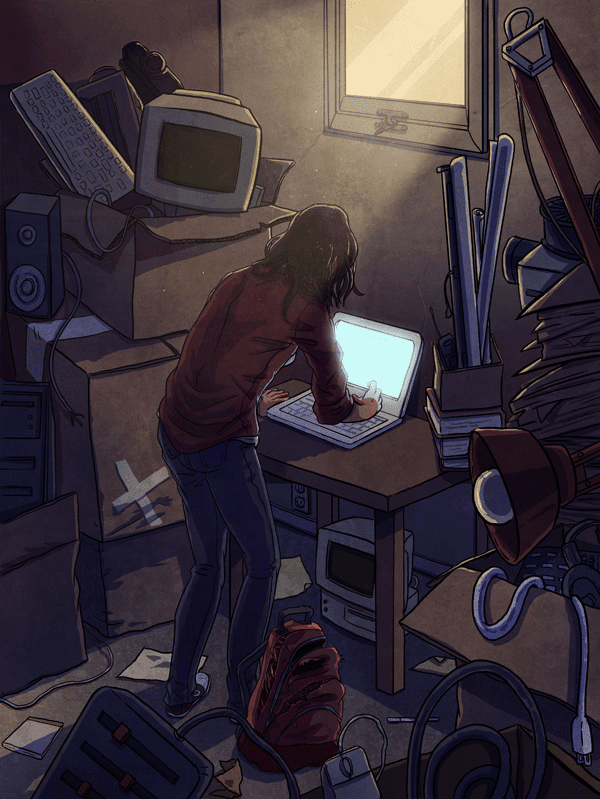 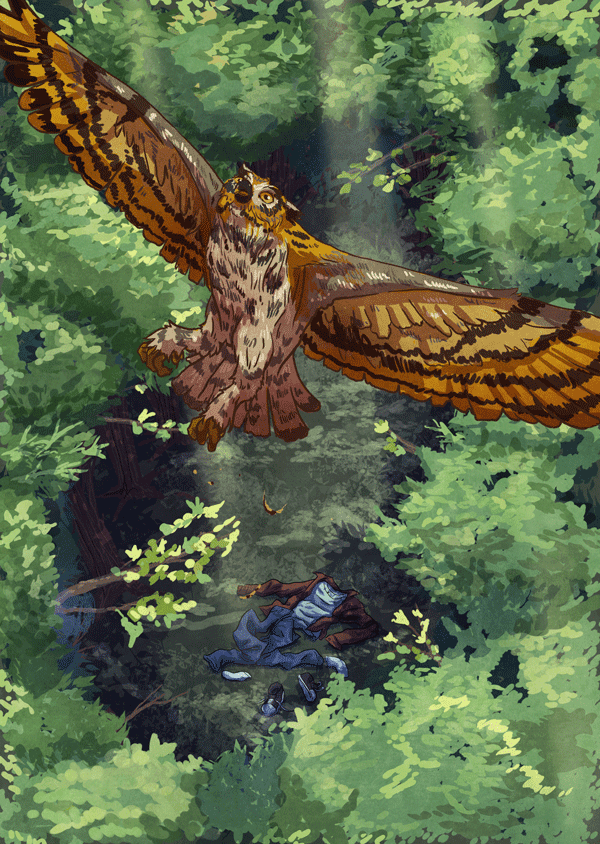 A little over a year ago, I was commissioned by Six Red Marbles to do maybe 9-10 illustrations for a short sci-fi story, aimed at teens/tweens/children.  It reminded me a bit of Animorphs, since the protagonist had the ability of genetically transforming herself into an owl via pricking her finger (and you know, tons of scientific research). Upon realizing her research wouldn't be used for good, she attempts to run away with her laptop only to be pursued by the military/her former boss.

I remember the deadline for all of these being a bit crazy, and it was after I'd left my full-time job and was in the midst of traveling. Nice to finally post these!
Posted by Kim Herbst at 6:23 PM