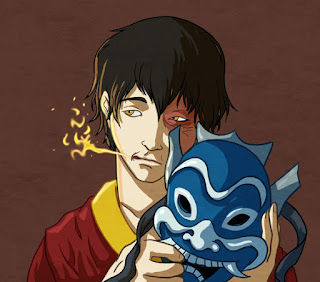 Never has such a serious character/villain made me laugh (and cry!) so much. Anyone that's gone through adolescence can relate to this guy.  Aaaaand he's voiced by Ruffio's Dante Basco. BANGARANG.


If you haven't seen the animated series yet, I highly recommend it; it's won a bunch of awards for a reason.  I actually refused to watch it for years, and then I had to create a game for it at an old company, so I had to watch the series for reference. The series was great, the game? Not so much hehe

EDIT: Quickie sketches for Runner Ups.
I wanna include Terry McGinnis from Batman Beyond, because, well, he's Batman. In the Future. And he gets yelled at by Bruce Wayne all the time. 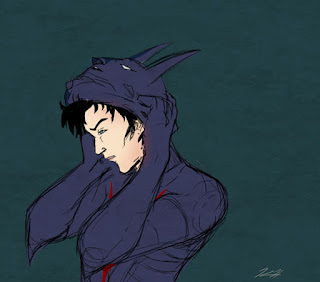 Also Sailor Moon. When I was 11 years old, I woke up early, turned on the TV one day and found out there was a female super-hero that wasn't overly heroic (sorry, Wonder Woman and She-Ra). She was more realistic.  She was awful at homework, and clumsy as hell, and cried all the time. But she still saved the world, and as a child (who am I kidding, as an adult too) that's still an awesome character. 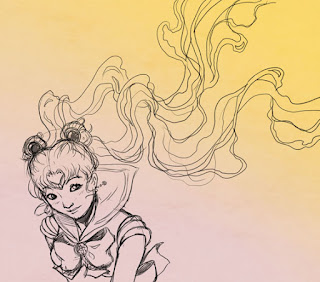 I used to draw her all of the time as a kid. Hilariously, I hadn't drawn this in about 15 years, but I still knew her costume by heart!
Posted by Kim Herbst at 12:08 PM

Very cool. I can relate to all of that. Beautifully rendered. I'm quite partial to Terry McGinnis. Totally fresh idea at the time.